In a collaborative venture with the major Central Auckland art institutions, this Eden Arts initiative presents the very best student works from each of Elam, Unitec, AUT and Whitecliffe in a single exhibition, awarding a cash prize to the overall winners.

For Eden Arts, this award (launched in 2011) is an extension of our longstanding annual Young Artists Awards while also expanding the geographical area in which we can help to promote and support young artists.

The award is open to full-time undergraduates. Five student entries are selected from each school and judged by independent judges appointed by Eden Arts. The Overall Winner receives $5,000. Three Highly Commended students each receive $1,000. The Eden Arts Board may also award an additional discretionary award of $500 - the Board's Choice.

Since 2019 the event has been generously hosted by Webb's Auction House in Mt Eden. The original premise of the award was that the art schools were to rotate as host institution, with Elam as the oldest hosting the inaugural award in July 2011 followed in order by Unitec, Whitecliffe and AUT. Following the completion of the first two four-year cycles the award moved to Webb's in Mt Eden. Also in 2019 the event was expanded beyond the original Central Auckland geographic area to include students from Manukau Institute of Technology.

Full registration details and rules of entry are available from the individual art schools or contact Cathy Manning from the Eden Arts Board at edenarts1@gmail.com

The 2021 award was originally scheduled to take place in August 2021, but unfortunately coincided with the start of Auckland's sudden Level 4 lockdown. The event was rescheduled to Waitangi weekend 2022 and despite the various restrictions under the red traffic light protection framework we were thrilled to be able to go ahead. We were very grateful (as always) to Webb's for accommodating us with these new dates so that the 2021 cohort of selected students did not miss out.

The judges for the rescheduled event were artist Judy Darragh and freelance writer/ curator Francis McWhannell. As a nod to these challenging times for artists and with the idea of collectively pulling together as artists, the decision was made to support as many students as possible on this occasion by sharing the total prize money evenly among the judges' selections. As a result, four students each received $2000. The discretionary Board's Choice award of $500 was also increased and offered to three students rather than one.

Congratulations to all twenty finalists on being nominated by your school to take part in the award and exhibition.

Four students were awarded Highly Commended prizes of $2000 each - 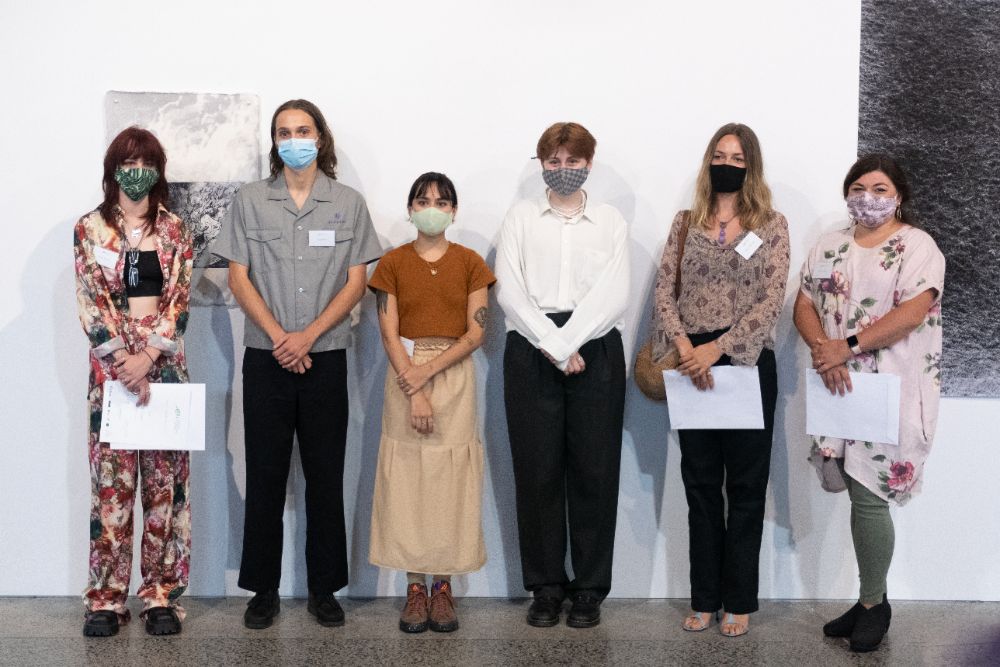